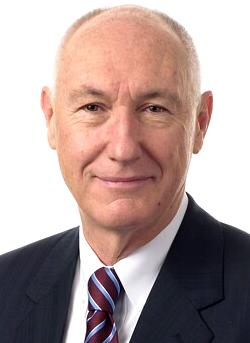 Waterfront Toronto (sometimes styled as WATERFRONToronto), is an organization administering revitalization projects along the Toronto waterfront in Canada. Formed as a partnership of three levels of Canadian government in 2001, the organization is administering several blocks of land redevelopment projects surrounding Toronto Harbour and various other initiatives to promote the revitalization of the area, including public transit, housing developments, brownfield rehabilitation, possible removal of the Gardiner Expressway in the area, the Martin Goodman Trail and lakeshore improvements and naturalization of the Don River. Actual development of the projects is done by other agencies, primarily private corporations. The projects include a series of wavedeck walkways and gathering places designed by West 8 and DTAH.

After 12 years on the job, the affable John Campbell has changed the city and helped bring it into the 21st century.