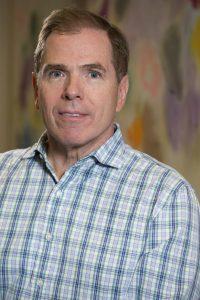 Jon is an accomplished energy executive with 35 years’ experience. Between 2008 and 2015, Jon led $1 billion in development and due diligence initiatives on behalf of Électricité de France’s affiliate in Canada, focusing on solar rooftop and ground mount, wind, biomass, biogas, small hydro and tidal energy projects.

With extensive expertise in power system commercialization, origination, project development, marketing and sales, distributed generation and corporate relations, Jon has worked and travelled throughout Europe, Asia, the Caribbean and the Americas. His roles have included Director, Corporate Development for Ontario Hydro’s international subsidiary (OHII) and Hydro One from 1996 to 2002, as well as Director, European Sales, for Detroit Edison’s distributed energy affiliate, DTE Energy Technologies Inc. (DTech) from 2002 to 2005.

Jon’s first job was as a speechwriter and economic researcher for the Progressive Conservative Caucus Office in 1981, under the late Hon. Bud Gregory, Chief Government Whip. He refined his talents through the years as a speechwriter, including multiple assignments for the Leader of the Official Opposition in Ontario, John Tory, in 2006. His policy expertise includes distributed energy policy implementation and program delivery at Ontario’s Ministry of Energy in 2007, the first person appointed to the role. More recently, Jon has been a featured contributor to the National Post and radio commentator on renewable energy and Ontario public affairs issues.

In 2009, Jon was elected to the Board of Directors of the Canadian Solar Industry Association (CanSIA). He served as Chairman of the Board in 2011, and led CanSIA through crucial changes in its leadership and as a market-based advocate of low-cost solar solutions. He was re-elected to the Board in November of 2014 and will conclude his tenure at the end of 2016.

Jon graduated with an Honours Bachelor of Arts in economics from Carleton University in Ottawa, Ontario. He earned his Master of Science in international monetary economics from the London School of Economics in London, UK.

Jon has two children, Arielle Marie and Sean Martin, who live and work in Toronto. He lives in midtown with his Life Partner and douce moitiée, Ellen Pitt.