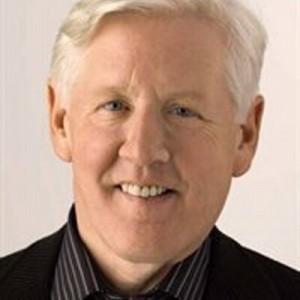 Bob Rae’s career has led him to leadership and opposition roles in both provincial and federal government, as well as in two political parties. In this passionate, forthright book, he offers his vision for the future of Canadian politics, arguing that, as progressive citizens, we must demand a more inclusive political process and educate ourselves in the realities of politics in the twenty-first century.

Today, we operate with new political buzzwords: robocalls, attack ads, vanity videos, big data, permanent campaigning, branding, war of expediency. We see our elected leaders scripted and stage-managed as our parliamentary processes are questioned, obscured, and, at times, undermined. Rae, in refreshingly unscripted, candid terms, argues that we are at risk of turning away new generations of voters who see no place for themselves in a less democratic system, who are tired of political promises, and who do not see their political institutions serving their needs. He warns that Canada’s traditional role in the world is diminishing as partisan spin replaces meaningful policy.

From Senate scandals and big money politics to Aboriginal issues, economic downturns, and the muzzling of free speech, What’s Happened to Politics? clearly sets out the big questions Canadians should be asking their leaders, their elected representatives, and themselves. A stimulating blend of firsthand observation, historical insight, cogent analysis, and deeply held beliefs, this absorbing argument will provoke debate and discussion across the country.

Bob Rae is a senior partner with the law firm Olthuis Kleer Townshend LLP and teaches public policy and governance at the University of Toronto. A renowned public speaker, he is known internationally and across Canada as a mediator, negotiator, and trusted observer of politics. Elected eleven times federally and in Ontario, Bob served as Ontario’s twenty-first Premier as well as interim leader of the Liberal Party of Canada from 2011 to 2013. He is married to Arlene Perly Rae and lives in Toronto. This is his fifth book.