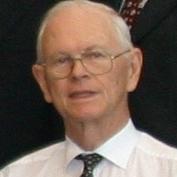 For many decades, the Korean Peninsula has been the scene of repeated crises that have focused world attention on that small part of East Asia.

The brutal Japanese Occupation of Korea from 1910 to 1945 was followed by partition of the Peninsula along the 38th Parallel. The resulting establishment of both the Democratic People’s Republic of Korea and the Republic of Korea led the people of Korea into the disasters of the 1950-53 Korean War, in which Canada participated, plus numerous clashes along the Demilitarized Zone. The War ended with an armistice, but no peace treaty was ever signed.

I plan to deal first with the background to the current complex situation and move on to discuss the involvement of the Great Powers on the Korean Peninsula. I will talk briefly about the negotiations concerning various crises: the Korean War, the dramatic capture of the USS Pueblo, incidents on the DMZ, defectors, nuclear weapons, etc. I will then speak about a number of factors that confront those involved in negotiating with the DPRK and make some suggestions as to how the dangerous stalemate might be more constructively approached. I hope to discuss what role, if any, Canada might play in this initiative.

I will devote some time to life in the capital, Pyongyang, and other urban centres, as contrasted with the difficulties of life in the countryside. I might be brave enough to hazard a few guesses as to the future!

Mr. Rickerd has visited the DPRK on four occasions, most recently in October 2014 and, for the last three years, has organized one week programs for groups of business school professors from the DPRK as they visited in Toronto.

Donald S. Rickerd, C.M, Q.C did his undergraduate work at Queen’s University and St. Andrews University in Scotland. He attended Balliol College, Oxford University from which he obtained his Master’s degree in Modern History.

Mr. Rickerd graduated from Osgoode Hall Law School and practised with Fasken and Co. in Toronto. He served as Registrar and Secretary of the Senate of York University and was an Assistant Professor in the Faculty of Administrative Studies.

Mr. Rickerd was a member of the Royal Commission on Certain Activities of the RCMP from 1977- 81. He is a Research Fellow at the Asian Institute of the Munk School of Global Affairs and a Senior Fellow at Massey College at the University of Toronto.

Mr. Rickerd is a frequent traveler to North Korea.

PLEASE NOTE: The B&R is also having a Speakers Dinner October 27. We suggest that you park in the parking lot on Heath Street or on the east side of Yonge north of St. Clair.