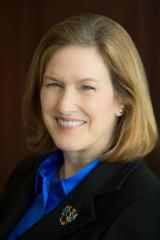 In her role as President and Chief Executive Officer of GE Canada and Vice President GE, Elyse is a passionate champion for Canada’s competitiveness, advancing the country’s science and technology base and competitive fiscal policy.  Recently she participated in the Trump/Trudeau launch of the “Canada-United States Council for Advancement of Women Entrepreneurs and Business Leaders” in Washington.

She actively engages in developing and shaping public policy through industry groups, research and advocacy organizations. Elyse serves on the Board of Directors for the C.D. Howe Institute and the Conference Board of Canada. As well, she recently completed her Board term at the Canadian Council of Chief Executives and the Canadian Chamber of Commerce, where she also served as Chair. Elyse has participated on a number of federal and provincial government advisory boards focused on Canada’s competitiveness, energy strategy, economic development, transportation strategy and access to credit. Elyse works to advance innovation and entrepreneurism through her role on the MaRS Discovery District Board of Directors and the leadership council for Scale Up Ventures. She has been recognized as a Top 100 Women of Influence by the Women’s Executive Network, is a YWCA 2012 Woman of Distinction (Business), and by Maclean’s and Canadian Business Magazines as one of Canada’s most influential business leaders. In 2014, Elyse was appointed Member of the Order of Canada for her community engagement and achievements as an innovative business leader.

Elyse’s GE career began in 1984 and has spanned the US, Canada and several industrial and consumer GE businesses including aviation, energy and lighting. Her career outside GE included executive positions in the health care, energy and non-profit sectors.

She received a Bachelor of Arts degree from Dartmouth College in New Hampshire where she studied Biology and environmental studies and an MBA from the Amos Tuck School of Business at Dartmouth. An active alumnus, she currently serves on the Tuck School Board of Overseers. Elyse holds honorary doctorate degrees from Ryerson University, Saint Mary’s University and Royal Roads University. 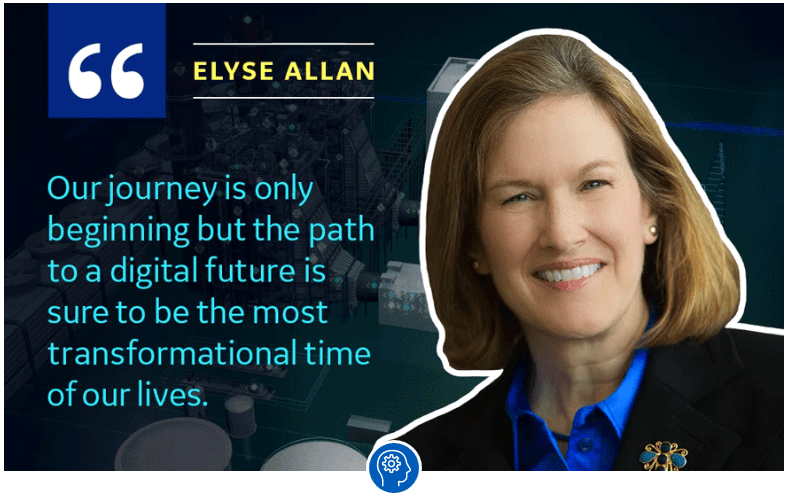