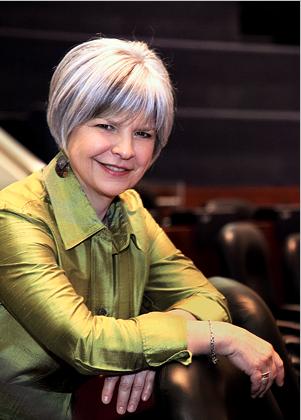 Toronto ombudsman
In September 25, 2008, Crean was appointed as the City of Toronto’s first ombudsman for a five-year period. In October 2012, her term was extended by two years. Throughout her term, she shared a sometimes difficult relationship with Toronto city councillors over her sometimes tough reports.

Staffing requests
Crean repeatedly requested additional staff for her office but was repeatedly denied. In 2011, Crean requested more staff for her office, but the city’s budget committee declined the request.[6] Crean said the decision would impact her ability to do the job and to remain independent. In 2014, Crean again requested additional staff, citing an increase of 60 percent in the number of complaints made to her office.

Rob Ford
Crean released a number of reports that were critical of Ford, starting in 2012. In September 2012, her office released a report complaining that Ford had interfered with the process for appointing citizens to city boards. On October 4, 2012, Crean appeared before Toronto City Council in regards to the report, where she was criticized by a number of councillors for perceived issues with the report. Despite the lengthy questioning, Crean’s recommendations were approved 38-0.

After releasing a report criticizing Toronto Community Housing chief executive Gene Jones, Ford again called for Crean to resign, saying that the positions of ombudsman, integrity commissioner, and lobbyist registrar should be combined to save money. In April 2015, Crean released a report in which she harshly criticized the now city councillor Ford for his use, as mayor, of city staff as his personal staff, including using security guards to act as his bodyguards and to hide substance abuse issues. Ford released a statement in response complaining about the report.

End of term
In July 2014, it appeared that Toronto might consider hiring Crean for another five-year term. Some media members called for her to be rehired. However, Crean later announced she would not seek an extension on her term of office in March 2015, citing a wish to avoid a potentially acrimonious debate in Toronto City Council as to whether to rehire her. It was later reported she was on a shortlist to be appointed Ontario Ombudsman along with the incumbent André Marin and federal Corrections Investigator Howard Sapers.

Hydro One
In October 2015, the province of Ontario announced Crean would be appointed as the first ombudsman of Hydro One, a position created in the wake of plans for the province to sell a sixty percent stake in the energy utility.

Biography
Fiona Crean has spent her entire career showing leaders in business and the public sector how to treat people fairly by improving their service to the public.

As an Assistant Deputy Minister with the Ontario government, she brought significant changes to the organization of the province’s corrections system. Prior to that, she established the Ombudsperson’s Office at York University. She has also been the Chief Operating Officer at the Ontario Ombudsman’s office and earlier in her career, worked as an investigator and mediator at the Ontario Human Rights Commission.

Fluent in a number of languages, Fiona has designed and delivered international programs on how to investigate maladministration, human rights and corruption. She has also worked to further the good governance of governments and non-governmental organizations in South America, Eastern Europe and southern Africa. In Canada, Fiona has worked extensively with First Nations and Inuit communities, both as a teacher and advisor in developing good governance.

Her accomplishments were recognized in 2015 with the YWCA Woman of Distinction Award, which noted that “Fiona is a force in this city, breaking down barriers, opening doors, and building an equitable city for all of us.”