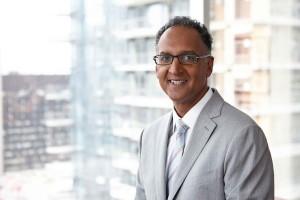 Rahul spoke to us in 2012. He has new material that has just been released a few weeks ago. He is a very articulate and engaging speaker who is looking forward to spending the evening with us. The topic will be “Toronto’s Vital Signs-2015“.

In his role as the President & CEO of the Toronto Foundation, Rahul has been working to engage philanthropy to improve the quality of life in Toronto. Formerly a corporate lawyer with a leading Canadian law firm, he was also Vice President of the Toronto 2008 Olympic Bid. Rahul was Chair of the 2012 Ontario Summer Games, the first multi-sport games to be held in Toronto, and was Co-Chair of TO2015 IGNITE, a program of the Toronto 2015 Pan Am/Parapan Am Games. He is the past Chair of Community Foundations of Canada and is a current member of the Board of the Rideau Hall Foundation as well as Metrolinx. He has served as a Director on many cultural and civic boards in Toronto and beyond. He was awarded the Queen Elizabeth II Diamond Jubilee Medal, Toronto Life recognized him as one of “The 50 Most Influential” people in Toronto and he was recently named to The Ultimate List of Social CEOs on Twitter.