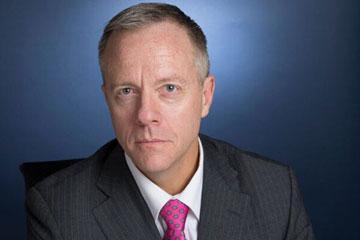 Growing up on Vancouver Island, the cataclysmic wrongs perpetrated on Indigenous people in my homeland of British Columbia left me determined to work in the field of indigenous rights. Plus my grandfather was a union leader, and local politician, as was my father. From them I learned about how democracy can empower people to either do good works, or abuse their power. From my mom, a teacher, I saw how education forms the ability to think critically — about everything. I’d take those lessons into my own political career, after which I continued fighting for indigenous rights, and began a career as a criminal defence lawyer, often as a public defender, assisting the indigent, Indigenous, and mentally ill.

Michael Bryant, BA, MA (UBC), JD (Osgoode Hall), LLM (Harvard) is the 4th Executive Director & General Counsel of the Canadian Civil Liberties Association, founded in 1964. Bryant was the 35th and youngest-ever Attorney General of Ontario, Minister of Indigenous Affairs, Minister of Economic Development, and Government House Leader. He served as a provincial member of parliament in Toronto from 1999-2009. Mr. Bryant is a barrister certified by the Law Society of Ontario. He has appeared before all levels of court, from bail courts as Duty Counsel through the Ontario Court of Appeal and Ontario Review Board as solo practitioner, to the Supreme Court of Canada as counsel at McCarthy Tetrault LLP. Bryant was Chief Negotiator for the Chippewas of Kettle & Stony Point, resulting in the historic 2016 Ipperwash Settlement Agreement. In the ’90s, Bryant clerked for the former Chief Justice of Canada, and served as Lecturer in Law at King’s College, London, and Adjunct Professor at U of T and Osgoode Hall. In 2019, Bryant was named Canadian Lawyer’s Top 25 Most Influential in the justice system and legal profession in Canada.