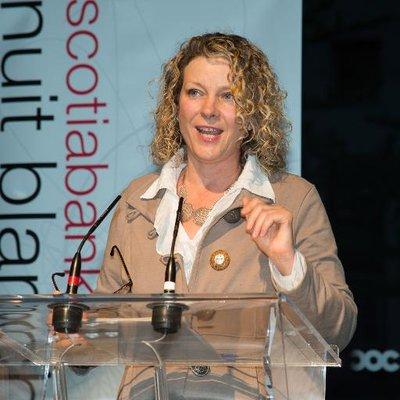 Jaye Robinson is a Canadian politician who was elected to Toronto City Council in the 2010 city council election, defeating Cliff Jenkins in Ward 25. Previously, Robinson had run against Jenkins in 2003. The close race was marked by an election night error. The city website announced that, with all the ballots in, Jenkins had lost to Robinson by 30 votes. However, only 90% of the votes had actually been counted, and by the time the full count was completed two hours later, Jenkins had pulled into the lead by 80 votes and held on to win.

Jaye Robinson is the City Councillor for Ward 25—Don Valley West and Chair of the Transportation, Public Works and Infrastructure Committee.

She brings significant municipal experience to her role as Councillor. Jaye was a senior manager in economic development at the City of Toronto for over 20 years. With an entrepreneurial approach, she successfully merged arts and community building initiatives with economic development strategies, creating a vibrant roster of annual events that generated significant economic benefits for the City. Her resume includes Nuit Blanche, Summerlicious and Winterlicious. Jaye also assumed a leadership role in her community as an executive on the board of her local residents’ association.

In her first term, Jaye passed more than 100 motions to improve traffic and pedestrian safety, streamline the planning process, and preserve the beautiful neighbourhoods of Ward 25.

Jaye was re-elected for a second term in 2014 with one of the cities highest pluralities. She continues to focus on improving our City through open discussion and evidence-based decision making. A believer in transparent democracy, Jaye strives to make municipal politics more accessible for residents and to consult the neighbourhoods she represents to inform her position on municipal issues.

Since 2014, Jaye has continued to prioritize community planning and development reform, traffic and congestion management, the improvement of Toronto’s fiscal health, and the protection of trees and green spaces.