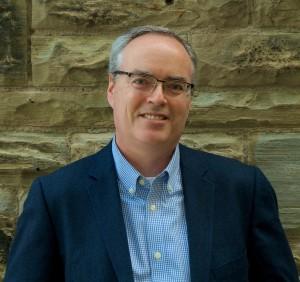 Tracing the Roots of a Feminist and a Novel

“Eve of Equality, a new feminist blog, becomes an overnight sensation when a wildly popular talk show host stumbles upon it, tweets about it, and promotes it on her show. The anonymous blog is intelligent, thoughtful, and bold, brazenly taking on various injustices in the lives of women. In a matter of hours, its Twitter count jumps from a paltry 19 followers to nearly 250,000, and Eve is suddenly lauded as the new voice of modern feminism.

But who, exactly, is the Eve behind Eve of Equality? Well . . . not who you might think. Meet Everett Kane, aspiring writer and fervent feminist. He writes his erudite blog in his new apartment, at his kitchen table, and his life is about to change forever.”

Terry Fallis is the award-winning author of five national bestsellers, including his latest, Poles Apart, all published by McClelland & Stewart.

His debut novel, The Best Laid Plans, won the 2008 Stephen Leacock Medal for Humour and was crowned the 2011 winner of CBC Canada Reads as the “essential Canadian novel of the decade.”

In January 2014, CBC aired a six-part television miniseries based on The Best Laid Plans earning very positive reviews. In September 2015, it debuted as a stage musical in Vancouver. The High Road was published in September 2010 and was a finalist for the 2011 Stephen Leacock Medal for Humour. Terry’s third novel, Up and Down, was released in September 2012. It debuted on the Globe and Mail bestsellers list, was a finalist for the 2013 Leacock Medal, and won the 2013 Ontario Library Association Evergreen Award. In June 2013, the Canadian Booksellers Association presented Terry with the Libris Award for Author of the Year. Terry’s fourth novel, No Relation, hit bookstores in May 2014, opened on the Globe and Mail bestsellers list, and won the 2015 Stephen Leacock Medal for Humour. Poles Apart was released in October 2015.

Terry Fallis earned a Bachelor of Engineering degree from McMaster University and then spent several years working in federal and Ontario politics. In 1995, he co-founded Thornley Fallis, a full service communications and digital agency with offices in Toronto and Ottawa. He blogs at www.terryfallis.com and his twitter handle is @TerryFallis.